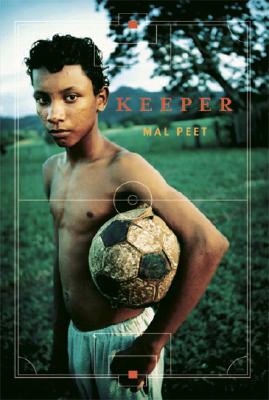 
Email or call for price
An enthralling story of a poor and gawky kid who mysteriously becomes the world's greatest goalkeeper — a seamless blend of magic realism and exhilarating soccer action.

"And you found it, this thing you were looking for?"

It was darker now, and the city below Faustino's office was a jazzy dance of neon signs and traffic. The big man went to the window and looked down at it all, spreading his large hands on the glass. "No," he said. "It found me."

When Paul Faustino of LA NACION flips on his tape recorder for an exclusive interview with El Gato — the phenomenal goalkeeper who single-handedly brought his team the World Cup — the seasoned reporter quickly learns that this will be no ordinary story. Instead, the legendary El Gato ("The Cat") quietly narrates a spellbinding tale that begins in a mythic corner of the South American rain forest, where a ghostly but very real mentor, the Keeper, emerges to teach the gangly boy the most thrilling secrets of the game. Combining vivid imagery and heart-stopping action, this evocative, strikingly ethereal novel about loyalty, passion, and magic will haunt readers, regardless of their love for soccer, long after the story is ended.
MAL PEET grew up in Norfolk, England, where he says the only worthwhile pastimes were reading books and playing soccer. These are still his main interests. Of KEEPER, his first novel for young adults, he says, "Many soccer stories seem to get stuck in the mud like a heavy ball on a wet Saturday afternoon, but there's no reason why they can't shift into a different and magical dimension. KEEPER is about soccer, of course, but it's also about the supernatural, about relationships and loneliness, about believing in yourself—and about having something you would do your utmost to protect and defend." Mal Peet now lives in Devon, England.
This stirring adventure—a soccer story? a ghost story?—defies expectations. . . . Both lyrical and gripping.
—Kirkus Reviews (starred review)