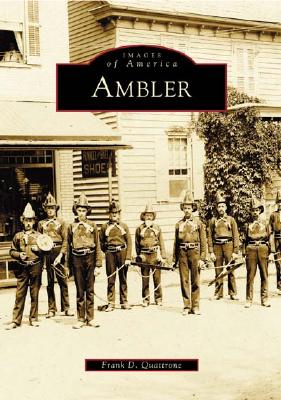 Ambler, a working-class town located fifteen miles north of Philadelphia, boasts some of the grandest homes in Montgomery County.

Ambler's evolution is rooted in the mills that sprang up along the Wissahickon Creek in the 1680s. The town entered the industrial age when the North Penn Railway pushed through in the 1850s. In 1856, a catastrophic head-on train collision killing fifty-nine created the heroine Mary Ambler, whose generous ministrations to the wounded caused the railroad in 1869 to rename its Wissahickon Station in her honor. But it was Philadelphia manufacturers Henry G. Keasbey and Richard V. Mattison who changed Ambler's character forever. When they relocated their business to Ambler in 1881, it became the asbestos capital of the world.

Frank D. Quattrone, an editor at Montgomery Newspapers, has written extensively on the history of Montgomery County. Ambler captures the lasting legacy of Mattison's thriving company town, with its array of fanciful and simple homes, churches, shops, and cultural institutions.