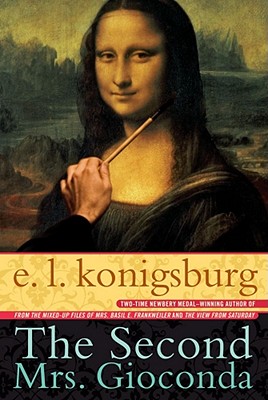 
Usually Arrives to Store in 1-5 Days
The Mona Lisa... Why did Leonardo da Vinci lavish three years on a painting of the second wife of an unimportant merchant when all the nobles of Europe were begging for a portrait by his hand?
No one knows for sure. But this story of Leonardo, his wayward apprentice Salai, and the Duke of Milan's plain young wife, Beatrice d'Este, may hold the clue to the most famous -- and puzzling -- painting of all time.
E.L. Konigsburg is the only author to have won the Newbery Medal and a Newbery Honor in the same year. In 1968, From the Mixed-Up Files of Mrs. Basil E. Frankweiler won the Newbery Medal and Jennifer, Hecate, Macbeth, William McKinley, and Me, Elizabeth was named a Newbery Honor Book. Almost thirty years later she won the Newbery Medal once again for The View from Saturday. Among her other acclaimed books are Silent to the Bone, The Outcasts of 19 Schuyler Place, and The Mysterious Edge of the Heroic World.