The Other Side of Jordan: A Story of the Underground Railroad (Hardcover) 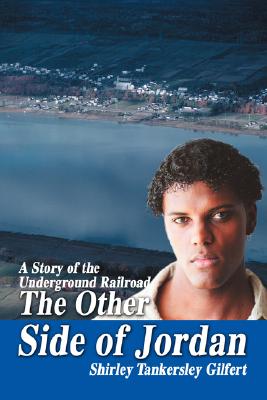 The Other Side of Jordan: A Story of the Underground Railroad (Hardcover)

Master James, a Missouri farmer during the 1850s, wants to make sure his slaves had a better life upon his death. So when he passes away, fourteen-year-old Joe, his pap, and the rest of the family are set free.

Stepping in to help, the master's brother, Doc, travels with the freed family to Iowa and lets them work on land that he owns, with the promise that one day it will be their own. But it's not long before the family learns that even though they have gained their freedom, they have not earned respect. They are taunted, harassed, and threatened.

As his family struggles to maintain dignity, young Joe learns from Doc about a plan for an Underground Railroad, which would help enslaved blacks make their way north to the free states. Joe knows that he must help others fight for the freedom, however imperfect, that he's had the privilege of experiencing firsthand. But in doing so, he also knows he risks his very life.

As Joe comes of age, he teams up with abolitionist preacher John Brown and others to organize the Underground Railroad in Iowa, which eventually helps hundreds, and perhaps thousands, of slaves on their way to freedom.