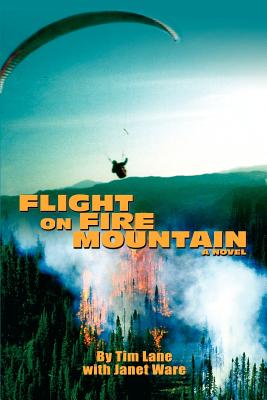 Josh looked back at the valley. The fire was halfway up the mountain. He had noticed the smoke intensify in the clearing while he was adding weights to the harness, but knew time was too critical to check the progress the fire had made in the valley. It was coming whether he was ready to launch or not. He worked frantically while not looking up.

For Josh, a seventeen-year-old paraglider, the past year has been a time of change and adjustment. After his parents' divorce, Josh struggles with his new relationships with his stepfamily and is torn by his loyalty to both parents.

On his way to deliver a paraglider for his father, Josh is caught in a raging forest fire as it blasts through the San Bernardino Mountains. He seeks refuge in a cabin, but the flames soon consume it. As a last resort, Josh is forced to take flight in high winds in a glider that was made for someone his father's size. His frantic flight against time and the elements becomes even more complicated when he encounters a terrified eight-year-old camper, Theresa Rodriguez, who has been separated from her family and is trapped on a mountain trail.

Does Josh have the skills necessary to carry out the dangerous tandem flight before the raging inferno engulfs them?