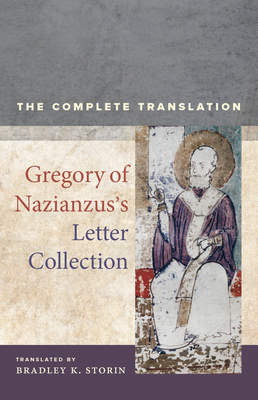 By Gregory of Nazianzus, Bradley K. Storin (Translated by)

Saint Gregory of Nazianzus, also known as Gregory the Theologian, lived an illustrious life as an orator, poet, priest, and bishop. Until his death, he wrote scores of letters to friends and colleagues, clergy members and philosophers, teachers of rhetoric and literature, and high-ranking officials at the provincial and imperial levels, many of which are preserved in his self-designed letter collection. Here, for the first time in English, Bradley K. Storin has translated the complete collection, offering readers a fresh view on Gregory’s life, social and cultural engagement, leadership in the church, and literary talents. Accompanying the translation are an introduction, a prosopography, and annotations that situate Gregory’s letters in their biographical, literary, and historical contexts. This translation is an essential resource for scholars and students of late antiquity and early Christianity.

Bradley K. Storin is Assistant Professor of the History of Christianity in the Department of Philosophy and Religious Studies at Louisiana State University.
"Just as Storin’s excellent translation shows, these texts deserve to be appreciated as epistolary and editorial projects whose full meaning depends on context, audience, and arrangement."
— Bryn Mawr Classical Review

"Will prove valuable not only to scholars of Gregory or ancient epistolography, but all those interested in the interdependent constructions of rhetoric, philosophy, and the self in late antiquity."
— Ancient Jew Review