What Is the World Cup? (What Was?) (Paperback) 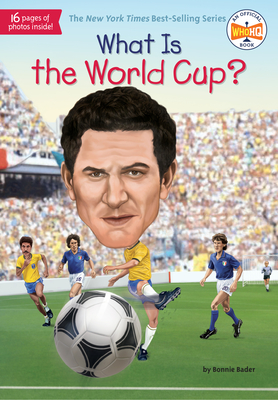 What Is the World Cup? (What Was?) (Paperback)


On Our Shelves Now
GOOOAAAAAL! Get ready for a front-row seat at the world's most-watched sporting event--the World Cup.

Every four years, thirty-two of the best men's soccer teams from across the globe compete for the title of FIFA World Cup winner. Over one billion people tuned in worldwide to watch the final game of the 2014 competition, making the World Cup the most widely viewed sporting event in the world, exceeding even the Summer Olympics! This book takes a look back at what has changed since the first tournament in 1930 and what lies ahead for the most popular sport in the world.
Bonnie Bader has written several Who Was? biographies for young readers. She lives in Brooklyn, New York.