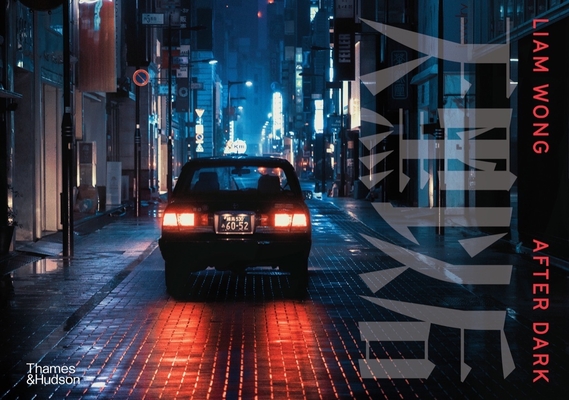 From Liam Wong, the author of TO:KY:OO, an evocative, cinematic exploration of global cities after midnight.

No matter how different or far apart, cities at night share particular features: neon lights and lonely figures, quiet train stations and taxi drivers, empty buildings and streets. In After Dark, Liam Wong encounters the people and places, the slivers of life, that move differently in this time, weaving these fine threads into an insomniac’s journey through the night.

Following his début monograph, TO:KY:OO, which captured Tokyo’s nocturnal beauty Wong widens his lens from the city that became his spiritual and photographic muse to Osaka and Kyoto, London and Seoul, Paris and Rome. But he goes further still, seeking the rich tapestries of nightlife in the foggy historical streets of his hometown Edinburgh, penetrating the backstreets of the megacity Chongqing, and seizing the verticality of Hong Kong from its rooftops.

Through his previous work as a videogame designer, Wong learned that “real life is just as potent, bizarre and interesting as things we can imagine.” Through sleepless and solitary nights, Liam Wong explores the phenomenon of loneliness in city life, capturing urban interstices between dusk and dawn: the eerie emptiness of London’s Piccadilly Circus at 4:00 am, Seoul’s late-night taxi drivers moving along hushed roads, two birds sharing the warmth of a neon sign in Hong Kong’s TSM District, a salaryman waiting on an empty subway platform in Tokyo’s Akihabara district in front of the world‘s largest electronic store—mysterious silhouettes representing lives lived in shadow, portrayed as intricate, cinematic visions, all before the sun rises.

Liam Wong is an award-winning art director, based in Japan. A graphic designer, game developer, and photographer, he is best known for defining, designing, and directing visual identities and was listed as one of Forbes magazine’s influential 30 Under 30.