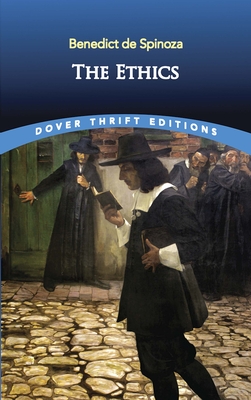 
Usually Arrives to Store in 1-5 Days
What does it mean to live an ethical life? For seventeenth-century philosopher Benedict de Spinoza, this question led to a doctrine in which God is present in all things and the human mind is part of God's infinite intellect. Spinoza regarded ethics as a rational system corresponding to the rational nature of the universe and employed a deductive method derived from Euclidean geometry to show that the validity of ethical ideas can be demonstrated by a mathematical style argument. His conclusion: to be guided by reason is to live freely, motivated by love and goodwill rather than fear or hatred.
These ideas challenged both conventional views of God and the related social and political structure. Reviled by the religious authorities of his native Amsterdam, Spinoza remained an uncompromising model of intellectual courage. His vision, published posthumously as The Ethics, has served as an inspiration to Enlightenment philosophers, Romantic poets, and generations of thinkers.
Dutch philosopher Benedict de Spinoza (1632-77) ranks among the 17th century's major thinkers. The Ethics, his magnum opus, was written between 1664 and 1665 and published posthumously in 1677. Both Jewish and Catholic authorities reviled the philosopher's focus on reason and defiance of tradition, but Hegel noted, "The fact is that Spinoza is made a testing point in modern philosophy, so that it may really be said: You are either a Spinozist or not a philosopher at all."