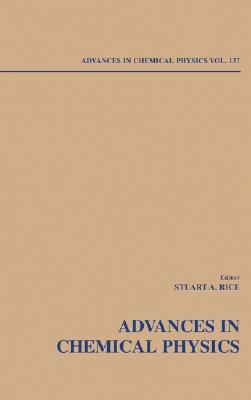 This is book number 137 in the Advances in Chemical Physics series.

The Advances in Chemical Physics series provides the chemical physics field with a forum for critical, authoritative evaluations of advances in every area of the discipline.
This special volume focuses on atoms and photos near meso- and nanobodies, an important area of nontechnology. Nanoscale particles are those between 1 and 100 nm, and they obey neither the laws of quantum physics nor of classical physics due to an extensive delocalization of the valence electrons, which can vary depending on size. This means that different physical properties can be obtained from the same atoms or molecules existing in a nanoscale particle size due entirely to differing sizes and shapes. Nanostructured materials have unique optical, magnetic, and electronic properties depending on the size and shape of the nanomaterials. A great deal of interest has surfaced in this arena as of late due to the potential technological applications.
Stuart A. Rice received his master's and doctorate from Harvard University and was a Junior Fellow at Harvard for two years before joining the faculty of The University of Chicago in 1957 where he remains a well-known theoretical chemist who also does experimental research and is currently the Frank P. Hixon Distinguished Service Professor Emeritus at The University of Chicago. Professor Rice has served the university in a wide variety of capacities during his forty-eight year tenure. He served as the director of the James Franck Institute (the university's center for physical chemistry and condensed matter physics) from 1961 to 1967, was Chairman of the Department of Chemistry from 1971 to 1976 and was Dean of the Physical Sciences Division from 1981 to 1995. In 1999 he received the National Medal of Science.In addition to his work at the University, he is currently on the Board of Governors at Argonne National Laboratory, managed by and affiliated with The University of Chicago, as well as Tel Aviv University. He has served as editor for Chemical Physics Letters, in addition to the series on Advances in Chemical Physics. He currently maintains a full research lab but has retired from teaching classes.