Who Was Blackbeard? (Who Was?) (Paperback) 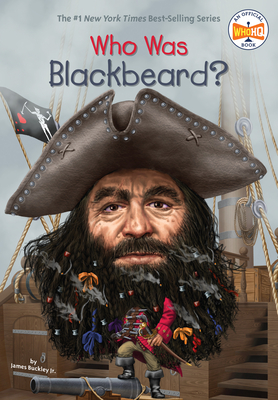 Who Was Blackbeard? (Who Was?) (Paperback)


Usually Arrives to Store in 1-5 Days
Though much of his early life remains a mystery, Blackbeard most likely began his life as Edward Teach in the sailing port of Bristol, England. He began his career as a hired British sailor during Queen Anne’s War. He eventually settled in the Bahamas under Captain Benjamin Hornigold who taught the young sailor to go "a-pirating." Soon enough, Blackbeard was commanding his own fleet and stealing ships around the Caribbean and up and down the Eastern seaboard. Known for his thick, black beard and fearsome reputation, the legend of Blackbeard has influenced pirate legend and lore for over 300 years.
James Buckley, Jr. has written more than 50 books for kids, including Who Was Ernest Shackleton?