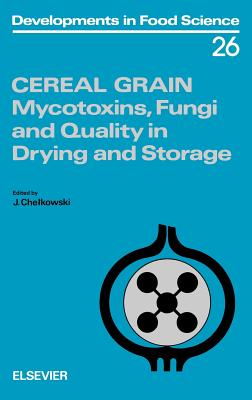 Fungi growth in the storage of cereal grain has led to serious losses of grain quality and quantity each year the world over. These fungi and moulds are capable of producing mycotoxins which accumulate in grains. This book contains reviews from 21 experts on the relationship between mould growth in grain and its effects as well as the accumulation of mycotoxins. Discussed are properties of storage fungi such as the water and temperature relationship, taxonomy and nomenclature aspects etc. New methods of storage allow for early detection of these mould growths. Significant attention is paid to Aspergillus and Penicillium species colonizing in cereal grain and their growth requirements. The book touches on the significance of mycotoxins in grain being used for food production and possible detoxification processes. There is considerable attention given to a new technique of decontamination in countries with humid climates involving proper drying techniques at low temperatures or heated air dryers. This volume covers numerous scientific and practical aspects of grain storage on farms and in industries which are important in preventing quality losses and contamination with mycotoxins.