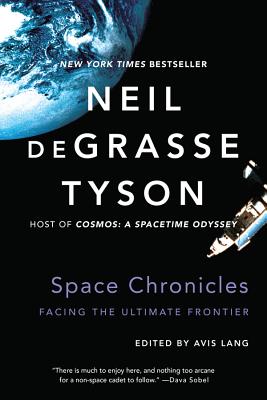 “A compelling appeal, at just the right time, for continuing to look up.”—Air & Space

America’s space program is at a turning point. After decades of global primacy, NASA has ended the space-shuttle program, cutting off its access to space. No astronauts will be launched in an American craft, from American soil, until the 2020s, and NASA may soon find itself eclipsed by other countries’ space programs.

With his signature wit and thought-provoking insights, Neil deGrasse Tyson—one of our foremost thinkers on all things space—illuminates the past, present, and future of space exploration and brilliantly reminds us why NASA matters now as much as ever. As Tyson reveals, exploring the space frontier can profoundly enrich many aspects of our daily lives, from education systems and the economy to national security and morale. For America to maintain its status as a global leader and a technological innovator, he explains, we must regain our enthusiasm and curiosity about what lies beyond our world.

Provocative, humorous, and wonderfully readable, Space Chronicles represents the best of Tyson’s recent commentary, including a must-read prologue on NASA and partisan politics. Reflecting on topics that range from scientific literacy to space-travel missteps, Tyson gives us an urgent, clear-eyed, and ultimately inspiring vision for the future.

Neil deGrasse Tyson is an astrophysicist with the American Museum of Natural History and the New York Times best-selling author of Astrophysics for People in a Hurry. He lives in New York City.

Avis Lang is a research associate at the American Museum of Natural History’s Hayden Planetarium. For half a decade, she edited Tyson’s Natural History magazine column, Universe, parts of which became the basis for his Astrophysics for People in a Hurry, and later edited his anthology Space Chronicles. She lives in New York City.
A genial advocate for the space program, Tyson offers diagnoses of its malaise that will resonate with its supporters.
— Booklist

There is much to enjoy here, and
nothing too arcane for a non–space
cadet to follow.
— Dava Sobel