The Sufferings of Young Werther: A New Translation (Paperback) 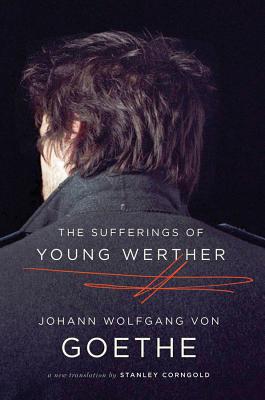 The Sufferings of Young Werther: A New Translation (Paperback)

"A highly readable, sensitive, and lively Werther. Corngold is both faithful to the German and true to the demands of a modern English text" —Jeremy Adler, Times Literary Supplement

A masterpiece of European imagination, The Sufferings of Young Werther is the classic Sturm und Drang tale of youthful angst and tragedy. The acclaimed translator Stanley Corngold brings new passion and precision to Goethe's timeless novel of obsessive love and madness in this magnificent new translation.

Goethe's themes of unrequited love, the pain of rejection, deepening despair, and their tragic consequences are as relevant today as when the novel was first published in 1774. His hugely influential novel informed the writing of, among others, Franz Kafka and Thomas Mann.

In translating The Sufferings of Young Werther, Corngold follows the German text closely, never knowingly using a word that was not current in English at the time the novel was written and yet maintaining a modern grace and flair. The result is an eagerly awaited translation that speaks to our time through the astonishing liveliness of Goethe's language—as well through the translator's own.

Johann Wolfgang von Goethe (1749-1832) perhaps comes as close as any man to deserving the title of universal genius. Poet, dramatist, critic, scientist, administrator and novelist, he was born at Frankfurt-am-Main in 1749, the son of well-to-do parents with intellectual interests; and he studied at the University of Leipzig and at Strassburg, where he wrote a play which initiated the important Sturm und Drang movement. During the next five years he practiced law in Frankfurt and wrote The Sorrows of Young Werther, a remarkable novel autobiographical of one side of Goethe's nature. In 1775 he went to visit the court of the young Duke of Weimar, and, except for an extended journey to Italy a decade later, stayed there the rest of his life, filling at one time or another all the major posts in the Weimar government. Here a close friendship with Schiller developed, and here he conducted important scientific experiments and published a steady stream of books of the highest order and in many different forms. He became the director of the Weimar Theatre in 1791 and made it the most famous in Europe. His life held a number of ardent loves, which he celebrated in lyrics that are compared to Shakespeare's, and in 1806 he married Christiane Vulpius whom he had loved for many years. In later life Goethe became a generous patron of younger writers, including Byron and Carlyle. In 1790 he published the first version of his life work as Faust, a Fragment, but Part I of the completed Faust did not appear until 1808, while Part II was finished and published only a few months before Goethe's death in 1832.

Stanley Corngold is a professor emeritus of German and comparative literature at Princeton University and a Fellow of the American Academy of Arts and Sciences. His highly acclaimed translations include Kafka's Selected Stories. He lives in Princeton, New Jersey.
Corngold’s new translation is of the very highest quality, punctiliously faithful to Goethe’s German and sensitive to gradations of style in this extraordinary, trail-blazing first novel.
— J. M. Coetzee - New York Review of Books

Corngold’s translation is earthy and precise, with language belonging to a young man who is capable of both elation and despair. If the prose sometimes sounds hyperbolic, so does Werther, who is by turns silly, melancholy, and somber.
— Rachel Shteir - The New Republic

Stanley Corngold’s translation is a triumph. This is a glorious achievement, a Werther for the ages.