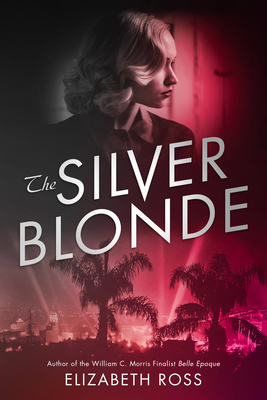 For fans of Ruta Septys and Monica Hesse comes a lush historical mystery set in post-World War II America against the flashy backdrop of Hollywood's film studios about a shocking murder that threatens to unearth the ghosts of a young German immigrant's past.

Hollywood, 1946. The war is over, and eighteen-year-old Clara Berg spends her days shelving reels as a vault girl at Silver Pacific Studios, with all her dreams pinned on getting a break in film editing. That and a real date with handsome yet unpredictable screenwriter Gil. But when she returns a reel of film to storage one night, Clara stumbles across the lifeless body of a woman in Vault 5. The costume, the makeup, the ash-blond hair are unmistakable--it has to be Babe Bannon, A-list star. And it looks like murder.

Suddenly Clara's world is in free-fall, her future in movies upended--not to mention that her refugee parents are planning to return to Germany and don't want her to set foot on the studio lot again. As the Silver Blonde murder ignites Tinseltown, rumors and accusations swirl. The studio wants a quick solve, but the facts of the case keep shifting. Nothing is what it seems—not even the victim.

Clara finds herself drawn, inevitably, to the murder investigation, and the dark side of Hollywood. But how far is she willing to go to find the truth?
Elizabeth Ross is the author of Belle Epoque, a finalist for both the William C. Morris Award and the California Book Award. Her career working as a film editor in Los Angeles inspired her second novel, The Silver Blonde. Originally from Scotland, she lives with her family on the coast of British Columbia, Canada. To learn more about Elizabeth and her works, visit her at elizabethross.com or follow @RossElizabeth on Twitter and @elizarosswrites on Instagram.
A Mighty Girl Best Book of 2021!

"The Silver Blonde is pitch-perfect LA noir and a spellbinding alternate history of Golden Age Hollywood that blew me away with one bombshell revelation after another. Smart, stylish, and inventive. Ross's historical fiction demystifies the past, and makes it real, immediate, and urgent in the present moment."—Mary McCoy, author of Michael L. Printz Honor Book I, Claudia

"I dove into The Silver Blonde and loved every minute!! So smart, so twisty. A protagonist who's never been the heroine in a Hollywood noir. And a secret that is ruinous and shocking. “—Catherine Linka, author of A Girl Called Fearless

"...Spotlights an intriguing era of filmmaking with a behind-the-scenes peek at movie studio life."—Publishers Weekly

"A literary take on film noir during Hollywood's golden age...intelligent and thought-provoking."—Kirkus

"Ross...presents a novel filled with mystery, adventure, and history...a story of great suspense."—Booklist

"Fans of the murder mystery genre will enjoy Ross’s well-planned whodunit as she builds suspense throughout the novel up to an exciting climax." —CM Reviews