Gossip Girl: You Know You Love Me: A Gossip Girl Novel (Paperback) 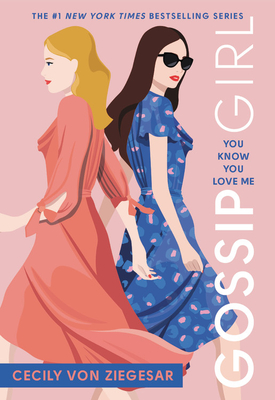 Gossip Girl: You Know You Love Me: A Gossip Girl Novel (Paperback)

This is book number 2 in the Gossip Girl series.

Queen bee Blair Waldorf is hitting the books -- but is her boyfriend hitting on someone else? The wickedly funny second book in the #1 New York Times bestselling series that inspired the original hit CW show and the HBO Max series.
It's brunette vixen Blair Waldorf's seventeenth birthday, and she knows exactly what she wants: Nate, her studly, troubled boyfriend of three years. But Blair's been too busy filling out Ivy League college applications to notice that Nate has found himself another playmate . . .
Cecily von Ziegesar is the creator of the #1 bestselling Gossip Girl and #1 bestselling It Girl novels. She has always lived in New York City.