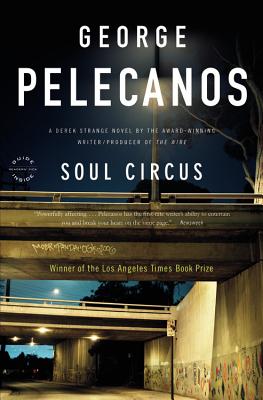 This is book number 3 in the Derek Strange and Terry Quinn Series series.

Private Investigator Derek Strange and his partner, Terry Quinn, are running a detective business in the seedy underbelly of Washington, DC when they are approached by a young man asking them to find his girlfriend who has gone missing. And so Strange and Quinn find her.

Step by step, Strange and his partner are drawn into the darkness, confronting gunrunners, crime lords, drug dealers, and ordinary people caught up in the ruthless violence of the business. Soul Circus is a heart-stopping thriller that could only have been written by George Pelecanos, the writer who "has gone from cult favorite to acknowledged master" (Booklist).
George Pelecanos is the bestselling author of twenty novels set in and around Washington, D.C. He is also an independent film producer, and a producer and Emmy-nominated writer on the HBO series The Wire, Treme, and The Deuce. He lives in Maryland.