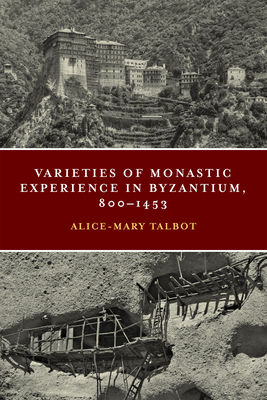 In this unprecedented introduction to Byzantine monasticism, based on the Conway Lectures she delivered at the University of Notre Dame in 2014, Alice-Mary Talbot surveys the various forms of monastic life in the Byzantine Empire between the ninth and fifteenth centuries. It includes chapters on male monastic communities (mostly cenobitic, but some idiorrhythmic in late Byzantium), nuns and nunneries, hermits and holy mountains, and a final chapter on alternative forms of monasticism, including recluses, stylites, wandering monks, holy fools, nuns disguised as monks, and unaffiliated monks and nuns.

This original monograph does not attempt to be a history of Byzantine monasticism but rather emphasizes the multiplicity of ways in which Byzantine men and women could devote their lives to service to God, with an emphasis on the tension between the two basic modes of monastic life, cenobitic and eremitic. It stresses the individual character of each Byzantine monastic community in contrast to the monastic orders of the Western medieval world, and yet at the same time demonstrates that there were more connections between certain groups of monasteries than previously realized. The most original sections include an in-depth analysis of the challenges facing hermits in the wilderness, and special attention to enclosed monks (recluses) and urban monks and nuns who lived independently outside of monastic complexes. Throughout, Talbot highlights some of the distinctions between the monastic life of men and women, and makes comparisons of Byzantine monasticism with its Western medieval counterpart.