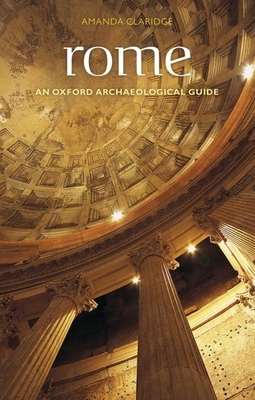 
Email or call for availability
Capital and showcase of the Roman Empire and the center of Christian Europe, the city of Rome is the largest archaeological site in the world. In the new Second Edition of her popular handbook, Amanda Claridge again presents an indispensable guide to all significant monuments in Rome dating
from 800 BC to 600 AD, including such breathtaking structures as the Capitoline Hill, the Roman Forum, the Colosseum, the Mausoleums of Augustus and Hadrian, the Circus Maximus, and the Catacombs. Featuring over 220 high-quality maps, site plans, diagrams, and photographs, the edition is divided
into fourteen main areas, with star ratings to help you plan your visit in advance. The book also features glossaries of architectural terms, information about opening times, suggestions for further reading, and much more. The Second Edition has been extensively revised--the author has added more
than 20 new sites and illustrations, re-organized and expanded the itineraries to suit the many changes that have taken place in the past decade, and fully updated the practical information. Features:
Amanda Claridge is Professor of Roman Archaeology at Royal Holloway University of London. Assistant Director of the British School at Rome from 1980 to 1994, her wider archaeological activities have included fieldwork in Rome, elsewhere in Italy, North Africa, and Turkey, and the study of Romanmarbles and sculptural techniques, on which she is a noted authority.