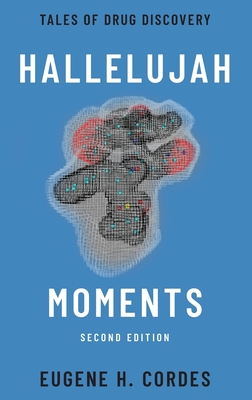 
Usually Arrives to Store in 1-5 Days
The discovery of novel drugs that fill unmet medical needs is important for the health and well-being of people everywhere. However, the general public knows too little about the pathways through which basic research discoveries are translated into products that protect or restore human health. In the second edition of Hallelujah Moments, Eugene H. Cordes reveals the processes and pitfalls on the route from the laboratory bench to the bedside. These are adventure stories in which wit and grit created several of the most important drugs in human medicine. This new edition adds four new tales of drug discovery: for therapy of cancer, hepatitis C, HIV/AIDS, and for weight control. The stories emphasize the integration of basic research in academe and applied research in the pharmaceutical industry and introduce the key scientists. In each case, success resulted from imagination, risk-taking, problem solving, and perseverance. Cordes shares his firsthand knowledge of the drug-discovery world, having spent a long and distinguished career in both academic and industrial settings. The eleven drug discovery tales take the reader from concept to clinic for some of the most important drugs in human health including the statins, ACE inhibitors, antibiotics, avermectins, Januvia, and Taxol. These stories offer exciting insights into the fascinating world of drug discovery.

Eugene H. Cordes previously served as Vice President of Biochemistry and Molecular Biology in the Research Laboratories of Merck and Company and as President of Research and Development at Sterling Winthrop Pharmaceuticals Inc. During his career, he received awards for his classroom instruction atboth Indiana University and the University of Michigan. He is the author of The Tao of Chemistry and Life (OUP 2009) and several biochemistry textbooks.