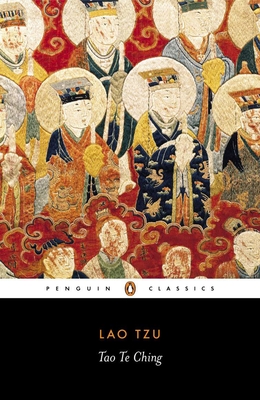 
Usually Arrives to Store in 1-5 Days
Traditionally attributed to Lao Tzu, an older contemporary of Confucius (551 - 479 BC), it is now thought that the work was compiled in about the fourth century BC. An anthology of wise sayings, it offers a model by which the individual can live rather than explaining the human place in the universe. The moral code it encourages is based on modesty and self-restraint, and the rewards reaped for such a life are harmony and flow of life.

For more than seventy years, Penguin has been the leading publisher of classic literature in the English-speaking world. With more than 1,700 titles, Penguin Classics represents a global bookshelf of the best works throughout history and across genres and disciplines. Readers trust the series to provide authoritative texts enhanced by introductions and notes by distinguished scholars and contemporary authors, as well as up-to-date translations by award-winning translators.
Lao Tzu is a Chinese philosopher and founder of the Taoist religion in China. His name means 'Old Master'. He worked as a librarian at the court of Chou. When the kingdom showed signs of decay, Lao Tzu left and was never heard of again. Tao Te Ching is said to be his the principles of his philosophy.

D. C. Lau read Chinese at the University of Hong Kong and in 1946 he went to Glasgow where he read philosophy.
"It would be hard to find a fresh approach to a text that ranks only behind the Bible as the most widely translated book in the world, but Star achieves that goal. . . . As fascinating to the casual scholar as it is for the serious student." -NAPRA ReView "Jonathan Star's Tao Te Ching achieves the essential: It clarifies the meaning of the text without in the slightest reducing its mystery." -Jacob Needleman