The Lighthouse on Moonglow Bay: A Novel (Moonglow Cove #3) (Paperback) 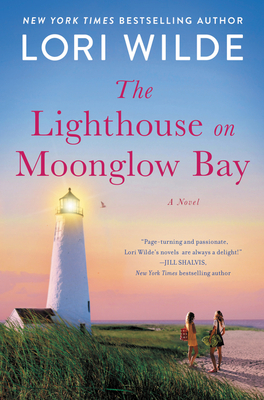 The Lighthouse on Moonglow Bay: A Novel (Moonglow Cove #3) (Paperback)

This is book number 3 in the Moonglow Cove series.

Lori Wilde returns to Moonglow Cove, Texas, with a heartwarming novel about two estranged sisters who must come together after they receive a bizarre inheritance from their grandmother.

It was an inheritance neither sister expected—a lighthouse in Moonglow Cove, left to them by a grandmother they never knew! Harper and Flannery weren’t exactly best friends either. For years, Flannery had held down the home front, taking care of their sick mother and raising a daughter, while Harper sent nothing but checks. And after their mother’s funeral the two sisters had an argument that left them not speaking for six years—why, Harper didn’t even know she has a niece!

But life has a way of changing when you least expect it. And the sisters discover their grandmother’s will has a stipulation: the two of them must live there, work out their issues... and compete in baking challenges with a hundred-year-old sourdough starter. If either of them gives up, or fails to keep the starter alive, they lose the lighthouse. Will they be able to come together and see their grandmother’s wish come true? Or will these two sisters forever be estranged?

Lori Wilde is the New York Times, USA Today and Publishers’ Weekly bestselling author of 87 works of romantic fiction. She’s a three-time Romance Writers’ of America RITA finalist and has four times been nominated for Romantic Times Readers’ Choice Award. She has won numerous other awards as well. Her books have been translated into 26 languages, with more than four million copies of her books sold worldwide. Her breakout novel, The First Love Cookie Club, has been optioned for a TV movie.

Lori is a registered nurse with a BSN from Texas Christian University. She holds a certificate in forensics and is also a certified yoga instructor.

A fifth-generation Texan, Lori lives with her husband, Bill, in the Cutting Horse Capital of the World; where they run Epiphany Orchards, a writing/creativity retreat for the care and enrichment of the artistic soul.

"The resilience of the bond between sisters is tested on a rocky path toward healing in this engrossing tale of secrets and betrayals. Lori Wilde's infinitely relatable characters make The Moonglow Sisters a must-read." — Julia London, New York Times bestselling author

“The Moonglow Sisters is everything I love in a book. It's emotional, funny, tender and unforgettable. I couldn't stop reading until the last wonderful page. Lori Wilde writes characters who always speak to my heart.” — RaeAnne Thayne, New York Times bestselling author

"Every now and then a book comes along that touches every emotion, from heart rending tears to belly laughs. The Moonglow Sisters is a one of those rare books. From the first line to the last sigh, it was amazing." — Carolyn Brown, New York Times bestselling author