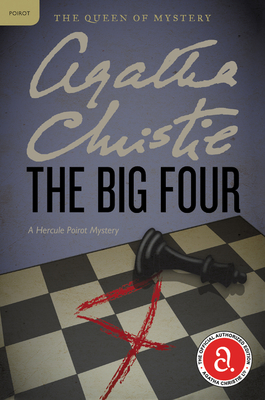 This is book number 4 in the Hercule Poirot Mysteries series.

In this official authorized edition from the Queen of Mystery, famed private eye Hercule Poirot tackles international intrigue and espionage.

Framed in the doorway of Hercule Poirot's bedroom stands an uninvited guest, coated from head to foot in dust. The man stares for a moment, then he sways and falls. Who is he? Is he suffering from shock or just exhaustion? Above all, what is the significance of the figure 4, scribbled over and over again on a sheet of paper?

Poirot finds himself plunged into a world of international intrigue, risking his life—and that of his "twin brother"—to uncover the truth.

“It is always a delight to meet Hercule Poirot again. He is one of the few detectives with real charm.”
— Dorothy L. Sayers

“The acknowledged queen of detective fiction.”
— The Observer (UK)