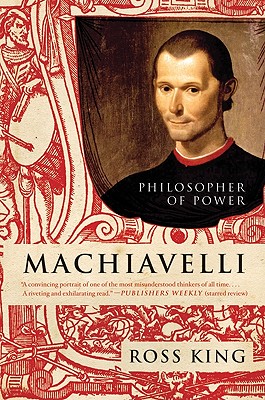 Part of the acclaimed Eminent Lives series, Machiavelli is a superb portrait of the brilliant and revolutionary political philosopher—history’s most famous theorist of “warfare, terror, murder, and bloodshed”—and the age he embodied. Ross King, the New York Times bestselling author of Brunelleschi’s Dome, argues that the author of The Prince was a far more complex and sympathetic character than is often portrayed.

Ross King is the author of the New York Times bestsellers Michelangelo and the Pope's Ceiling and Brunelleschi's Dome as well as several novels. Born and raised in Canada, he lives outside Oxford, England.